Respiratory Syncytial Virus (RSV) is the leading cause of hospitalization in babies under age 1, and most parents have never heard of it.

GRAMMY Award-nominated, multi-platinum country music star Jimmie Allen knows this firsthand. In 2021, his 6-week-old daughter was rushed to the hospital with RSV; hear his family's story. 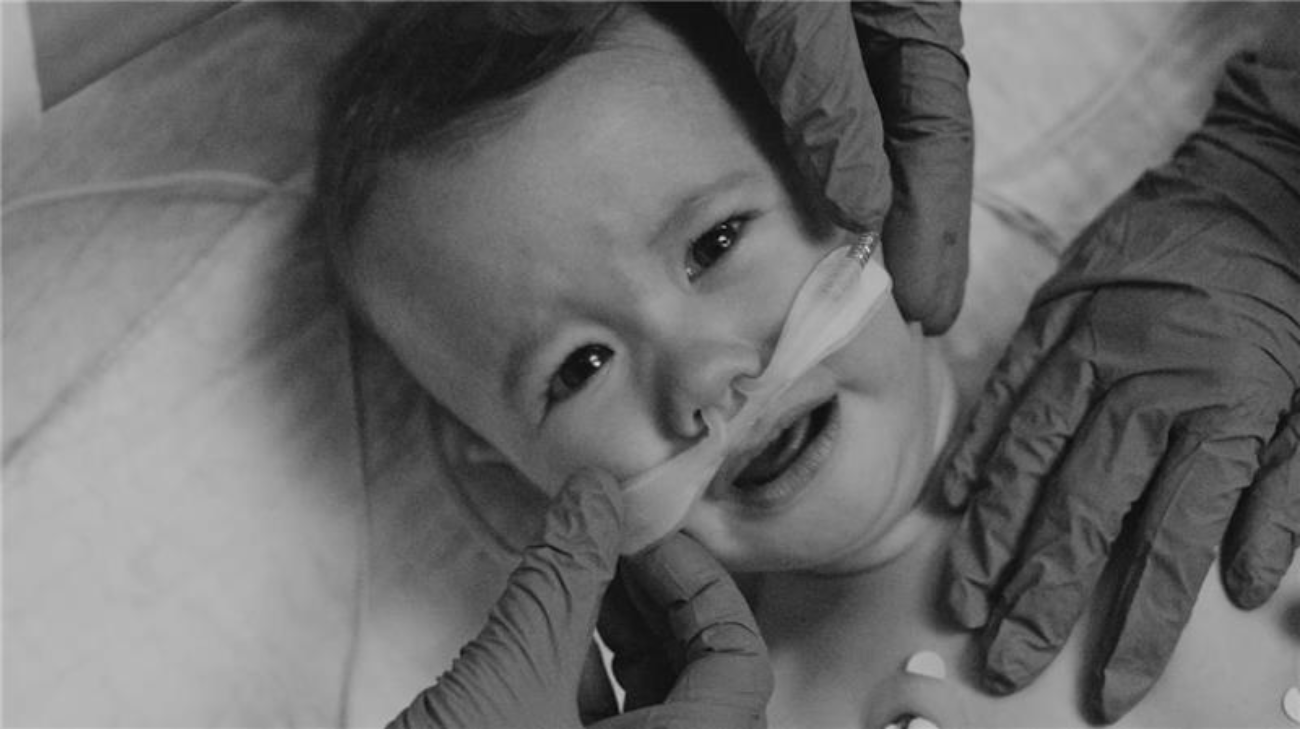 RSV is a highly contagious virus that can lead to respiratory illness in babies, including lung infections such as bronchiolitis and pneumonia.*

RSV infections can go from mild symptoms to hospitalization in less than a week.

Mild symptoms may include a runny nose, sneezing, and coughing, while severe symptoms can include wheezing and difficulty breathing.

That means the best time to learn about RSV is before your baby does.

*Bronchiolitis (bron-key-oh-lie-tis) is a viral infection in the smallest airways (bronchioles) in your lungs. When the bronchioles swell and become inflamed, mucus may build up, leading to congestion and difficulty breathing.

Pneumonia (noo-mohn-yuh) is a lung infection that can cause mild to severe coughing, fever, and trouble breathing.

RSV is most common during the winter virus season (November – March) but can vary by local areas.

RSV spreads when droplets from a cough, sneeze, or infected surface get inside the eyes, nose, or mouth.

RSV can go from cold-like symptoms to hospitalization in less than a week.

Though hospitalization happens in only 1%-2% of RSV cases, it’s not predictable which baby will be hospitalized.

Babies are 16x more likely to be hospitalized with RSV than with the flu.

GET THE RSV FAST FACTS INFOGRAPHIC

RSV can often mimic a cold or the flu. But as the infection becomes more severe so do the symptoms. Keep a close eye on your baby if you notice any of the following:

If you notice any of the following in your baby, contact their doctor right away: 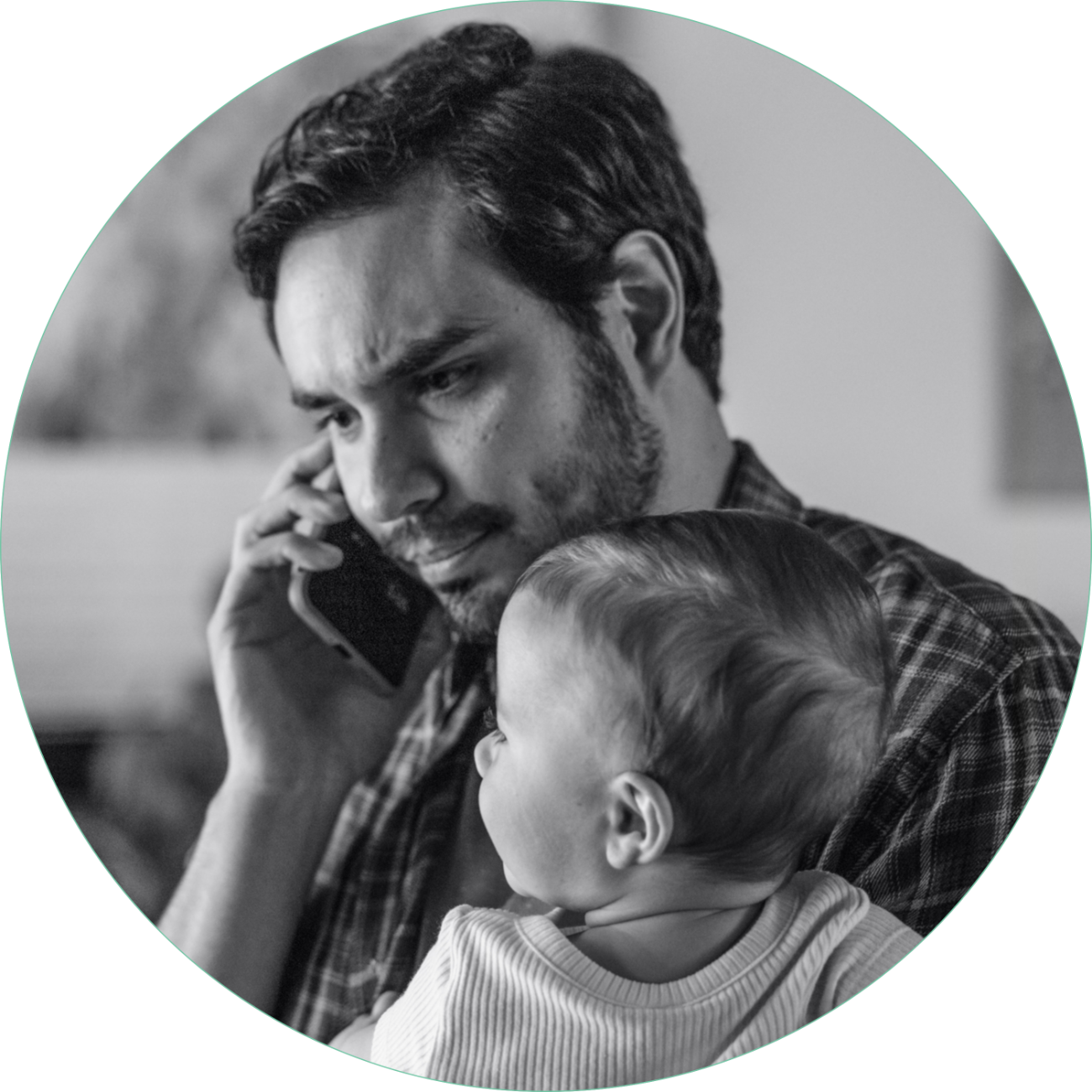 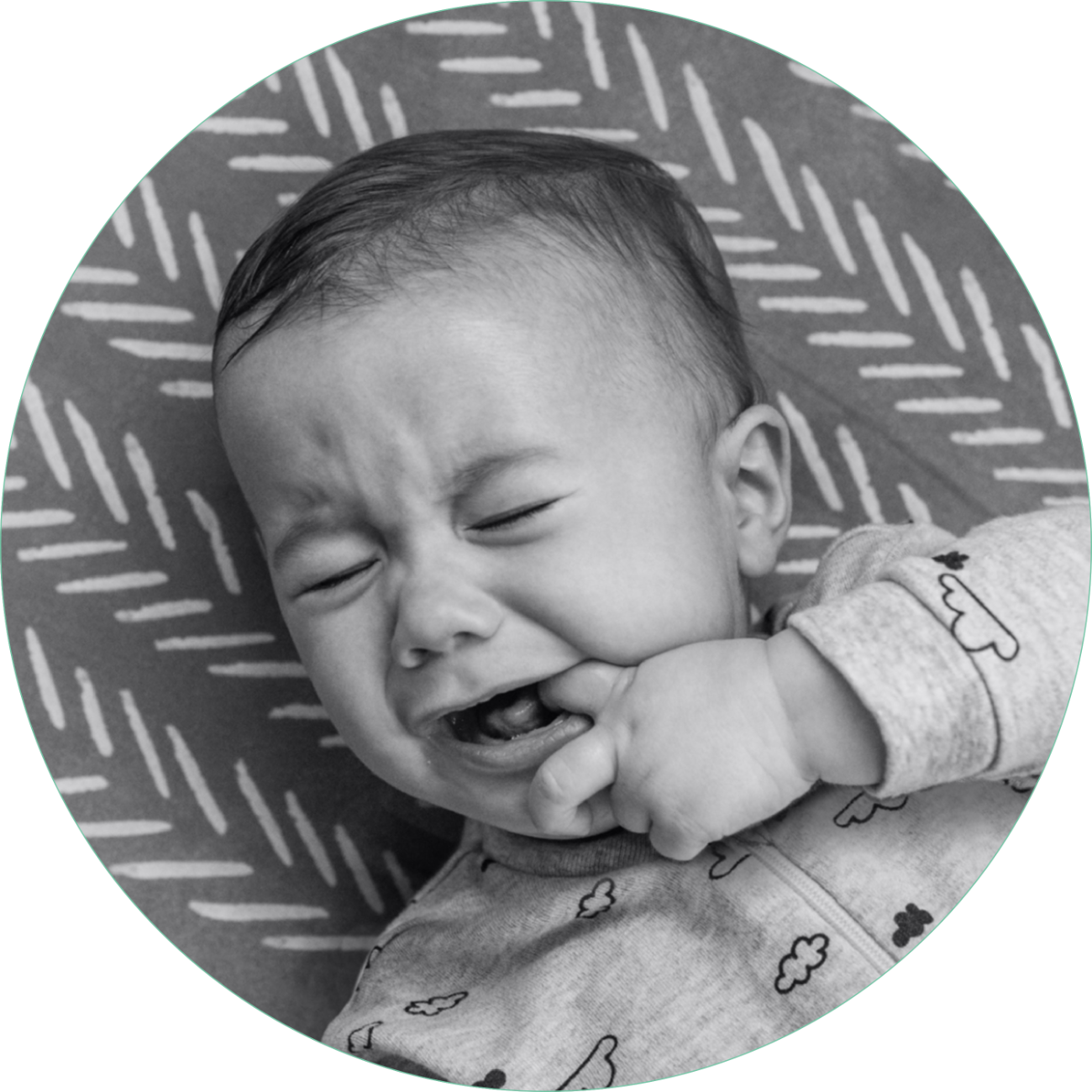 Your baby has a wheezing cough.

Nasal flaring:
When your baby’s nostrils spread out with every breath. Your baby is unusually tired or has a blue tint to their lips or fingernails. 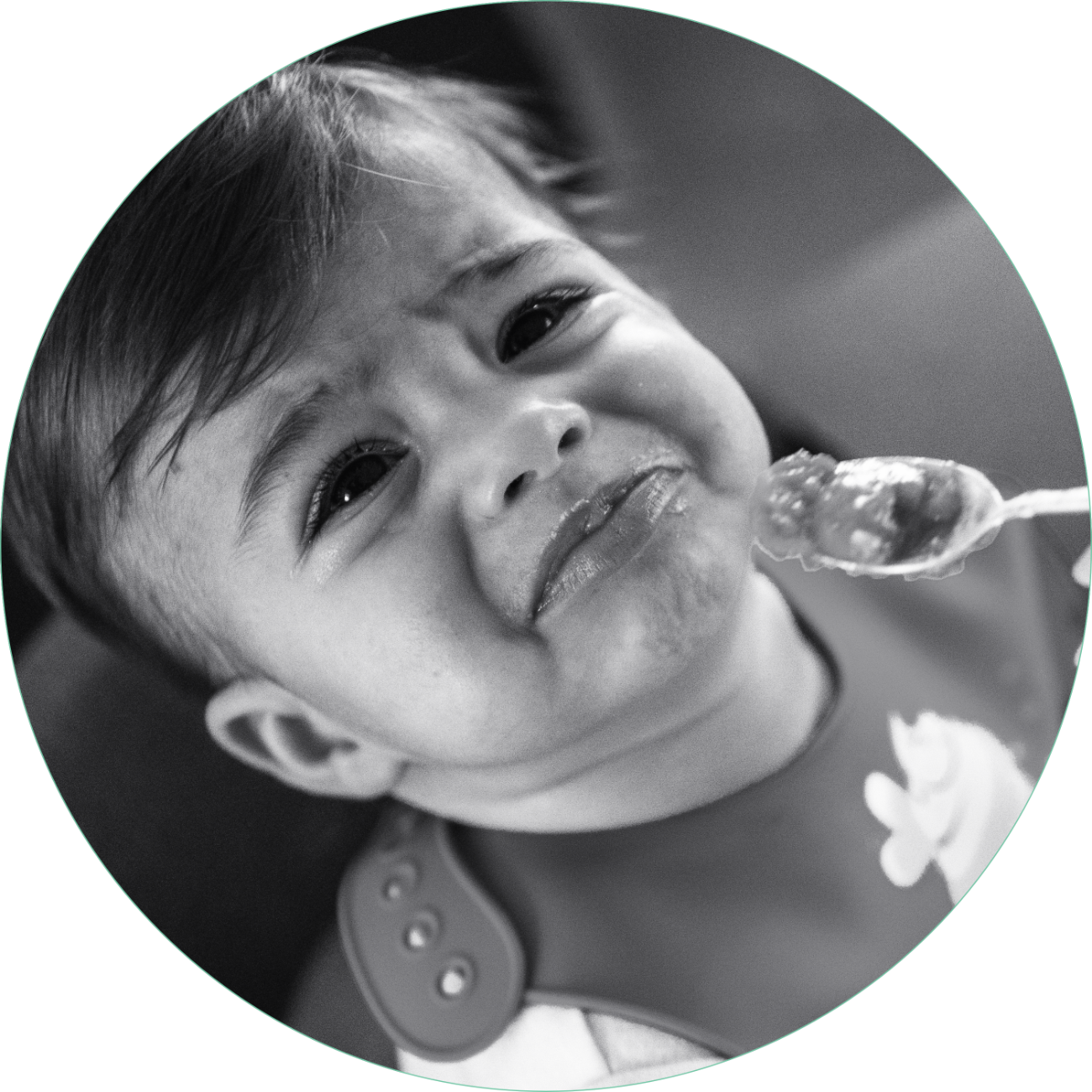 Your baby has poor feeding. 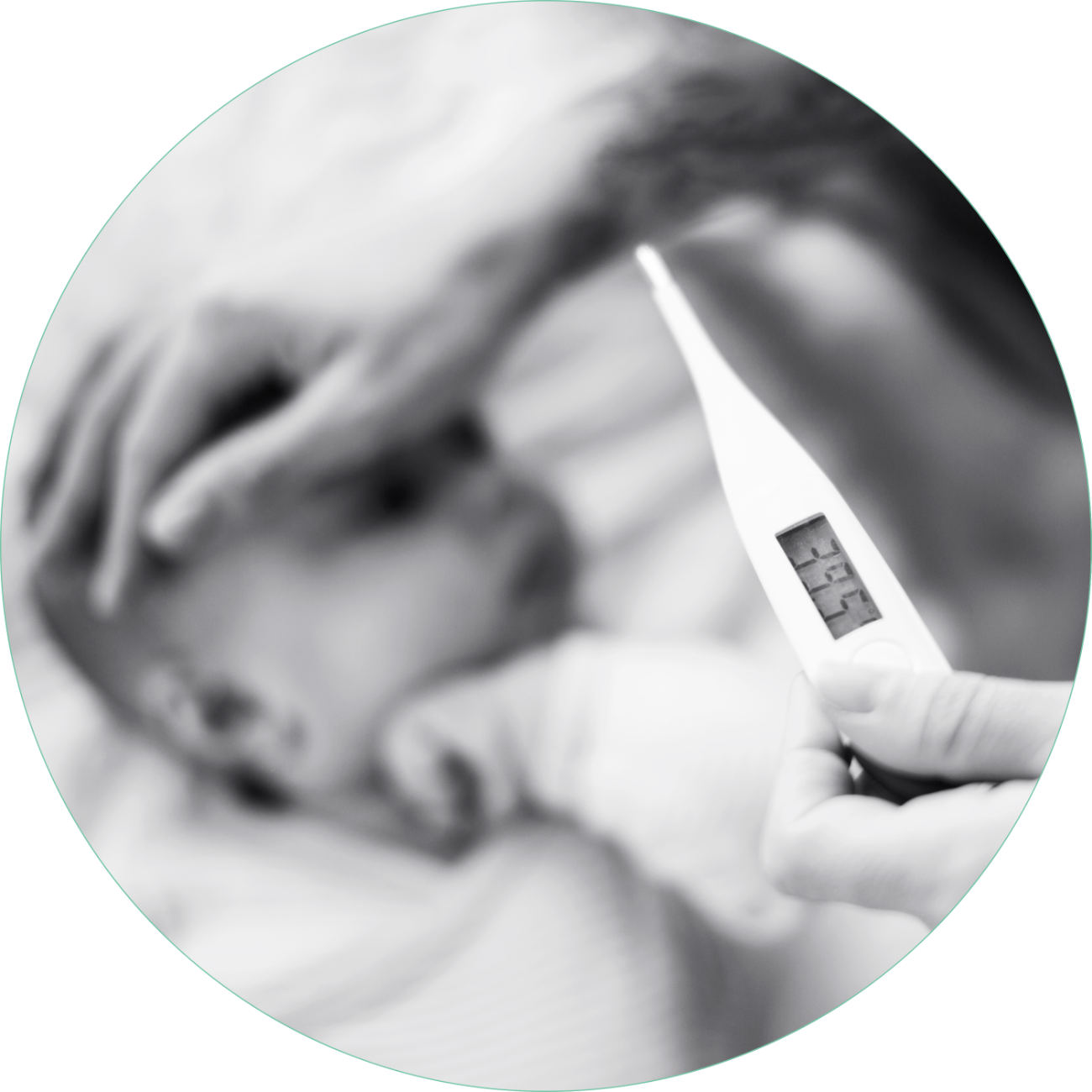 It takes a village…
Explore the stories of other parents who have experienced RSV firsthand so you can learn to recognize the warning signs of RSV in your baby.

“RSV is a horrible virus that causes your baby to not be able to breathe. You’re watching them 24 hours a day.”

“When she was exposed, we got a notification from daycare and I wasn’t overly concerned. She had typical symptoms of RSV. But around four days in, she was different… ultimately Emmaline ended up spending three days in the hospital.”

“I remember asking, ‘What is RSV?’ I felt like a veteran mom. This is my third child, yet I had never ever heard of RSV before.”

HELP OTHER PARENTS BY SHARING YOUR RSV STORY

RSV spreads incredibly easily.
Talk with your family and friends about practicing the following healthy habits to help protect your baby from RSV:

Clean and disinfect surfaces, including your baby’s toys.

Avoid close contact with anyone who has cold or flu-like symptoms.

If you have cold or flu-like symptoms, avoid kissing or touching
your baby.

Cover your face when coughing or sneezing.

Avoid sharing utensils if you have cold or flu-like symptoms.

GET THE RSV PROTECTION GUIDE

You are about to leave knowingrsv.com/en

You are about to leave the English version to Spanish version

If you wish to continue to this external website, click Proceed.
It is provided for information only. Sanofi assumes no responsibility for the information presented on this website.